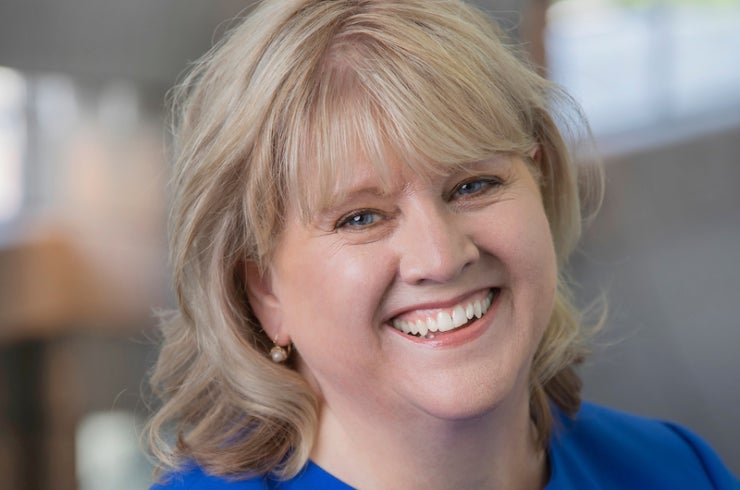 For Vivian Campbell, plastic surgery was about more than looking good. It was about seeing well.

Campbell had blepharoplasty, commonly known as an eyelid lift, with Christine Puig, MD, when she realized her sagging lids were impeding her vision. “I recognized that I was struggling to see well when I was driving,” Campbell says. “My peripheral vision had some significant impairment related to my eyelids.”

Campbell decided to look into blepharoplasty and made an appointment with Dr. Puig. “I instantly felt a rapport with her.” At the first appointment, Dr. Puig did a thorough exam, confirming Campbell’s suspicions that her peripheral vision was being impacted by her eyelids.

Given the choice between moderate sedation and general anesthesia, Campbell opted for sedation. “It was pretty simple,” she recalls.

After surgery, she didn’t have any pain at the incision. “I had itching,” she recalls. Cool cotton cloths and some eye drops to keep the incisions moist helped, but she didn’t need any medication for the pain. “I didn’t have much bruising, even.”

Two days later, Campbell donned some big sunglasses and went with her daughter to a farmer’s market. A few days later, even with her eyelids swollen, Campbell noticed something remarkable.

“I was sitting in the living room and realized I could see the ceiling fan,” she says. “I realized I hadn’t been able to do that before.”

Besides being able to see the ceiling fan without craning her neck, “everything looks brighter and better,” she says.

About a year later, at her annual eye exam, Campbell reported that her eyeglasses weren’t working well to correct her vision. The exam revealed something remarkable. “The doctor said my glasses were bothering me because my eyesight had improved.” Campbell had astigmatism that was made worse by the weight of her eyelids on her eye. After blepharoplasty, the condition improved so much her eyeglass prescription changed.

While the functional results of blepharoplasty were her top priority, Campbell says the cosmetic result has been equally rewarding.

“It certainly is much easier to put on makeup,” she says. “It’s more about fun now versus trying to make myself look average!”

Campbell’s top advice to anyone experiencing functional or cosmetic concerns with their eyelids is to reach out and read other people’s stories — like hers. “Make an appointment with Dr. Puig for an evaluation and get some input so you understand the options. She definitely understands her specialty. She’s not only bright but she’s also very engaging and easy to talk to.”

Campbell says she’s normally a very private person “I would never put myself out there like this, but I will do it for Dr. Puig,” she says. “She’s an outstanding clinician and the work that she does has definitely improved my life.”

Learn More About Blepharoplasty Surgery
Contact us today to request a consultation with one of our board-certified plastic surgeons.
Request a Consultation