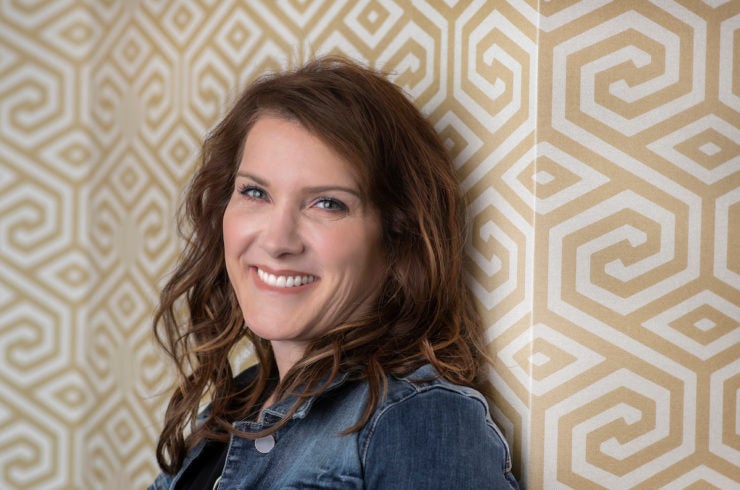 Billie Langford had hated her nose her whole life.

“It was just one of those things you just live with,” she says, explaining that rhinoplasty just never rose to the top of her priority list.

But then she started seeing a new dentist who pointed out that the biggest problem wasn’t how her nose looked, but how it worked.

“I filled out a new patient survey and one of the questions was something like, ‘How do you sleep? Do you wake up refreshed?’” Langford says. She acknowledged that she usually woke up tired, so the dentist sent her home with an oxygen sensor to sleep with for two nights. The dentist, Jill Hansen, wasn’t surprised to see her oxygen levels dip repeatedly in the night.

“She said, ‘We’ve seen your septum when we’re working on you,’” Langford recalls.

In fact, Langford had had a badly deviated septum since birth. She couldn’t breathe out of one nostril and she “whistled” when she slept. But she had no idea her medical insurance would consider repair a medical necessity.

At her dentist’s urging, she went to see an ear, nose and throat (ENT) specialist who referred her to Joseph Shvidler, MD, an ENT specialist and facial plastic surgeon at MultiCare ENT & Med Aesthetics – Gig Harbor. During the initial meeting, Dr. Shvidler talked about her breathing issues.

“He told me, ‘It doesn’t help that half your nose is caved in,’” she recalls. “I thought, ‘Oh my goodness! My nose is caved in!’” But Dr. Shvidler quickly reassured her.

As a board-certified otolaryngologist (ENT) and facial plastic surgeon, Dr. Shvidler is well-qualified to treat both functional and cosmetic issues. He explains that deviated septums can be present at birth, as Langford’s was, or the result of trauma, including sports injuries. Anyone who has difficulty breathing through their nose, particularly on one side, should see a doctor to determine if it’s a deviated septum, nasal sidewall, or valve collapse or other structural issue.

“If it’s a breathing issue, insurance will usually cover it,” he says. In Langford’s case, the deviated septum repair was clearly medically necessary. But as long as she was under anesthesia and he was already working on the nose, Dr. Shvidler could do cosmetic work that Langford would pay for out of pocket. It made sense to combine the surgeries both from a medical and financial standpoint.

“I didn’t want to go through the surgery and not get what I wanted at the end,” she says.

“He definitely takes an artist’s approach,” she says of Dr. Shvidler. “He was just so relaxed, and I walked out of there knowing I was in the right hands.”

Recovery wasn’t as painful as she feared.

“I love my nose so much it was just a blur,” Langford says. “One of my favorite parts was when Dr. Shvidler took the cast off and he had such a look of pride on his face.”

“It’s night and day,” she says of life after rhinoplasty. “I can breathe! I sleep sounder, I wake up feeling more refreshed and I fall asleep much quicker because I’m not tossing and turning to find a spot where the whistling stops.”

The cosmetic result was just as transformative. Her new nose seems to fit her face and appears completely natural, she says.

“The biggest comment I get is that I look more youthful,” she says.

The change in her appearance has also bolstered her self-esteem and her attitude.

”Every day I would tell myself how much I hated my nose,” she says. “You don’t realize it until you’re not saying it anymore, but we send messages to ourselves.” With her newly shaped nose, that self-talk has turned positive for the first time in years, she says. “I love, love, love my nose!”

Learn More About Rhinoplasty Surgery
Contact us today to request a consultation with one of our board-certified plastic surgeons.
Request a Consultation